Easy walking along flat, sealed tracks taking in points of interest including an historic manufacturing site, the beauty of the river and surrounding parks.  Some native birds that may be seen include:  Seagulls, Wood and Black Ducks, Small Pied Cormorants, White-faced Herons, Rainbow Lorikeets, Magpies and Mudlarks.

Easy walking along flat, sealed tracks taking in points of interest including an historic manufacturing site, the beauty of the river and surrounding parks.  Some native birds that may be seen include:  Seagulls, Wood and Black Ducks, Small Pied Cormorants, White-faced Herons, Rainbow Lorikeets, Magpies and Mudlarks.

Pipemakers Park is a historic pipemaking industrial site which has been transformed into a park and wetlands. The main feature is the Living Museum of the West housed in a revamped factory, which provides information for self-guided tours and hosts a number of exhibitions, activities and special presentations on the cultural history of western Melbourne and the Maribyrnong River.

Best season:  All seasons.  This walk would be best planned for midweek, during work hours to avoid excess pedestrian and bicycle traffic.

Hazards:  The trail runs beside the Maribyrnong River. There are no protective fences along the trail or around some of the children's playgrounds so supervision of children at all times is advised.  This is a trail shared with bicycles so be alert and considerate to other users.

1. From the visitor centre, walk towards the river to the path along the river bank.  Turn right along the path.

2. After approximately 300m pass the Frogs Hollow Wetland behind the high wire fence.  At the end of the wetland is Jacks Canal that provided river access to the Saltwater Powder Magazine behind the high bluestone walls off to the right.  The magazine dates from the late 1870s.

3. Shortly after passing the canal Burndap Park and Edgewater lake is reached.  The park and lake are both new and were built as community facilities by the developer of the Edgewater residential estate.

4. Continue to follow the path between the lake and the river until the Fisher Parade/Farnsworth Ave Bridge is reached.  Keep an eye out for activity such as boats, rowers, people fishing and bird life, especially in spring and summer months.

5. On reaching the bridge, turn sharp right onto the path leading to the opposite edge of the lake to the one you have just walked.

6. Follow the paths and boardwalks between the lake edge and the residential development until reaching the outward path along the river.

7. Follow the river path back to the footbridge over the river and turn left onto the path coming off the bridge.  About 50m on take a pathway into the Frogs Hollow Wetland.  Return to the main path and back to the start of the walk.

1. From the visitor centre, walk towards the river to the path along the river bank.  Turn right along the path.

2. After approximately 250m you will reach a footbridge.  Cross the river on the bridge and turn left onto the path on the other side.

3. Follow the path until it ends (approximately 500m) then turn right onto an short unsealed section leading to a car park.  Walk through the car park and follow the road to Woods Street and turn left and follow Woods Street to Raleigh Road.

4. Turn left and cross the river.  After crossing the bridge, look for the path down to the riverside.  Take this path and follow it back to the start of the walk at Pipemakers Park.

5. Cross Raleigh Road at the pedestrian crossing next to the bridge and follow the sealed trail directly next to the river. Shortly you will pass an old bandstand, children's playground, a minor skate park and the Boathouse Restaurant.

6. Walk along the river by the bluestone terraces that are used by spectators to watch rowing events. Soon the rowing sheds can be seen on your right.

7. Walk past the roundabout at Holmes Road and continue along the river.  An Avenue of Honour consisting of recently planted trees and plaques commemorates several ships lost in a fierce battle in WWI.  To your right across the Boulevard is Aberfeldie Park, followed shortly afterwards by Poynton's nursery which has an upstairs cafe.

8. Shortly after the nursery the trail veers away from the Boulevard, keeping next to the river.  You will soon meet Riverside Park that includes two children' s playgrounds, free electric BBQs, two large, sheltered picnic rotundas and public facilities. This is a good place for something to eat and drink.

9. Continue walking along the river until the Afton Street pedestrian bridge is encountered.  This is the half way point and you will return on the other side of the river.

10. Cross the pedestrian bridge then turn left.  Continue along the trail next to the river.  If you have a dog you may like to let your dog take a run in the off-leash park over the bridge.

11. Continue walking along the river, until you find a historic flood marker opposite Plantation Street, where you can see how high the river can rise during floods.

12. Continue along the river until Coulson Gardens are encountered.

13. Walk along the river until you find a water fountain and the rear of the Anglers Tavern. Both are possible spots for a refreshing drink.  Continue walking to the right of the Tavern and under the busy Raleigh Road.

14. From the bridge continue in the same direction until reaching the start of the walk at Pipemakers Park.

To view more on the map, zoom in or out, click the symbols and the walk route. To open a full screen version of the map, right-click

and open in another tab or window. The map and walk details can also be

Car parking: Free parking is available in Pipemakers Park.  Enter from the Warrs Road roundabout on Van Ness Ave at the rear of Highpoint Shopping Centre.

Public transport: Take tram 82 from Footscray or Moonee Ponds or tram 57 from the city to the corner of Gordon and River Streets Maribyrnong.  Walk along Gordon St towards Highpoint and enter Pipemakers Park from the Warrs Road roundabout. The walks can also be commenced from the Maribyrnong Road/Raleigh Road bridge over the Maribyrnong River

Watch children near river and be alert for and considerate of cyclists. 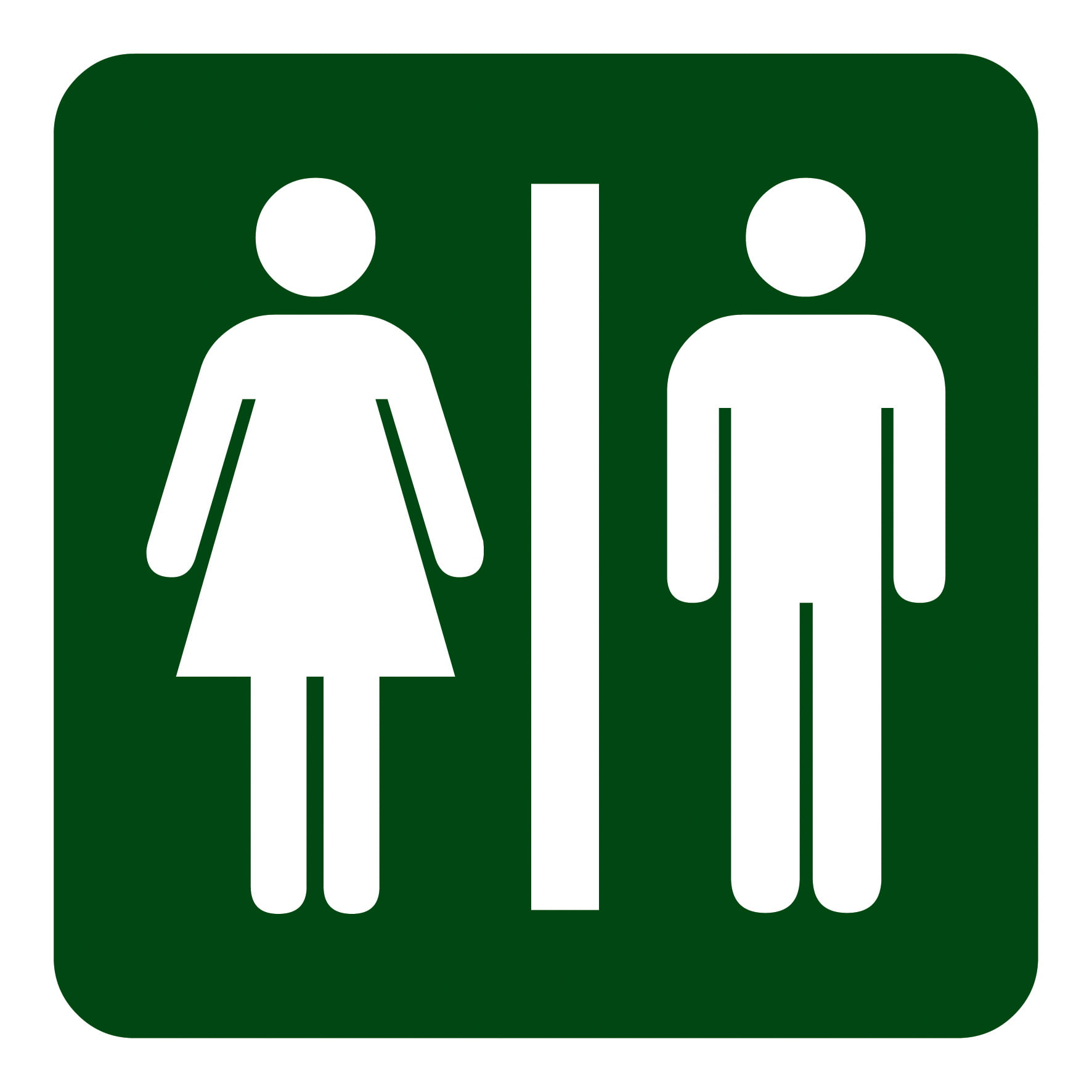 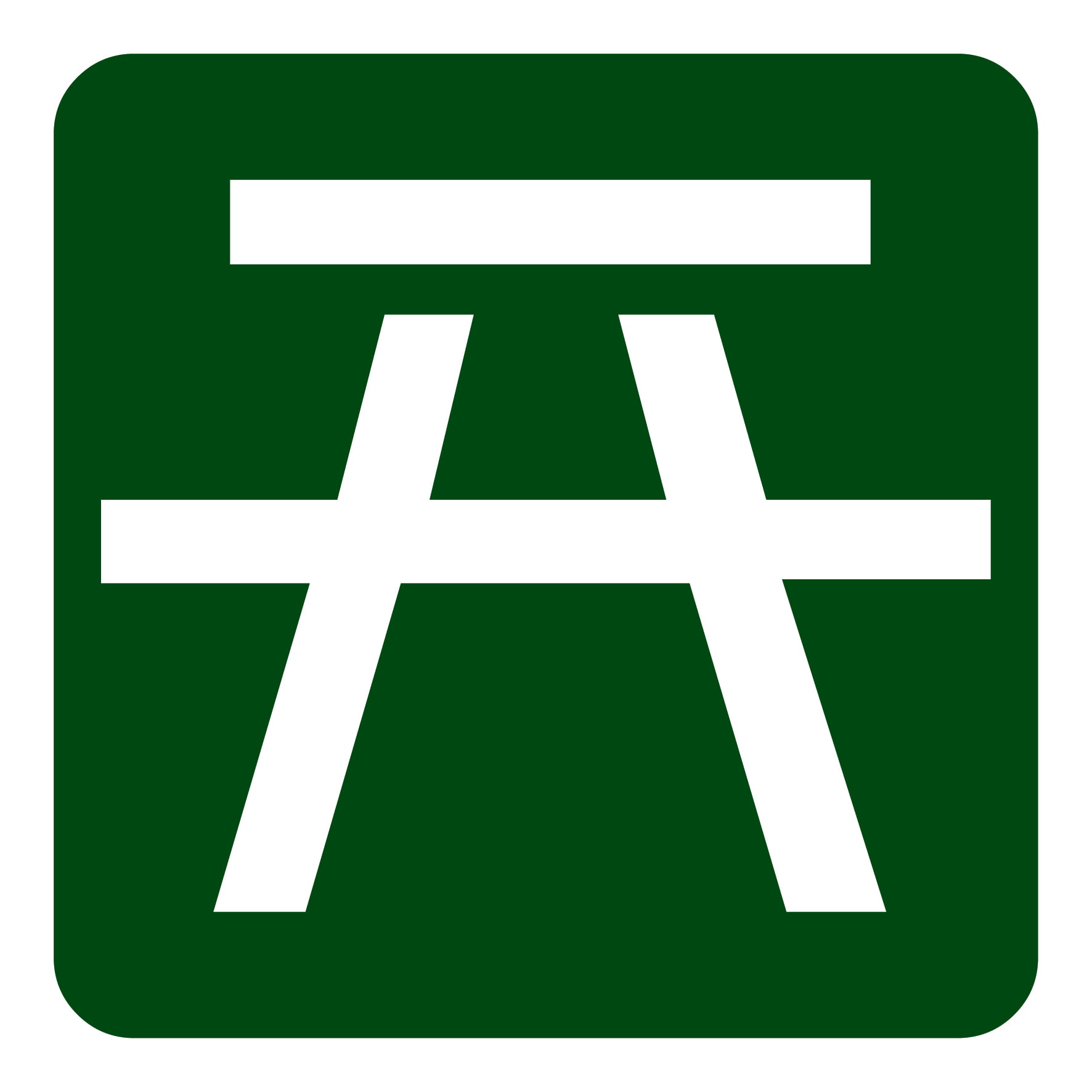 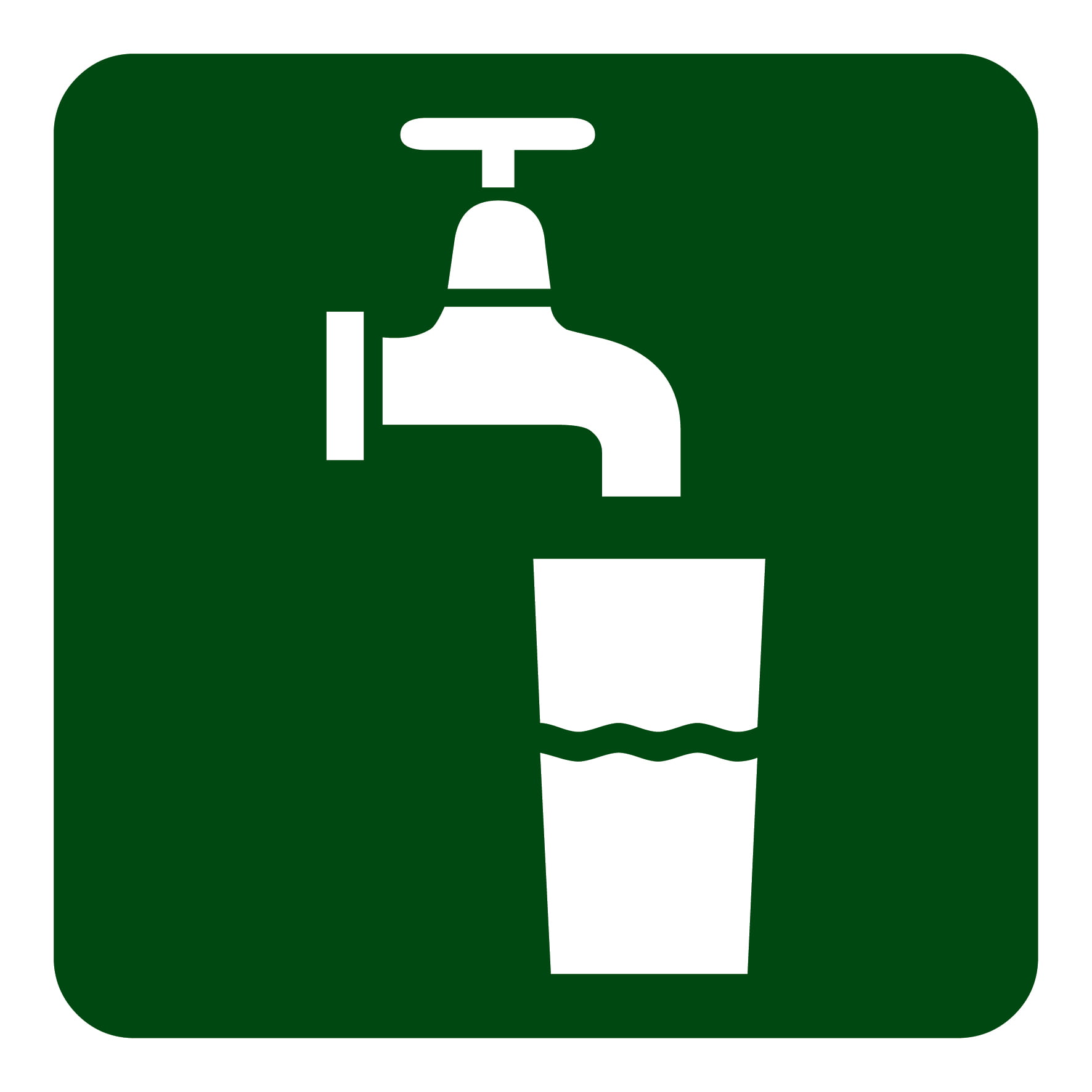 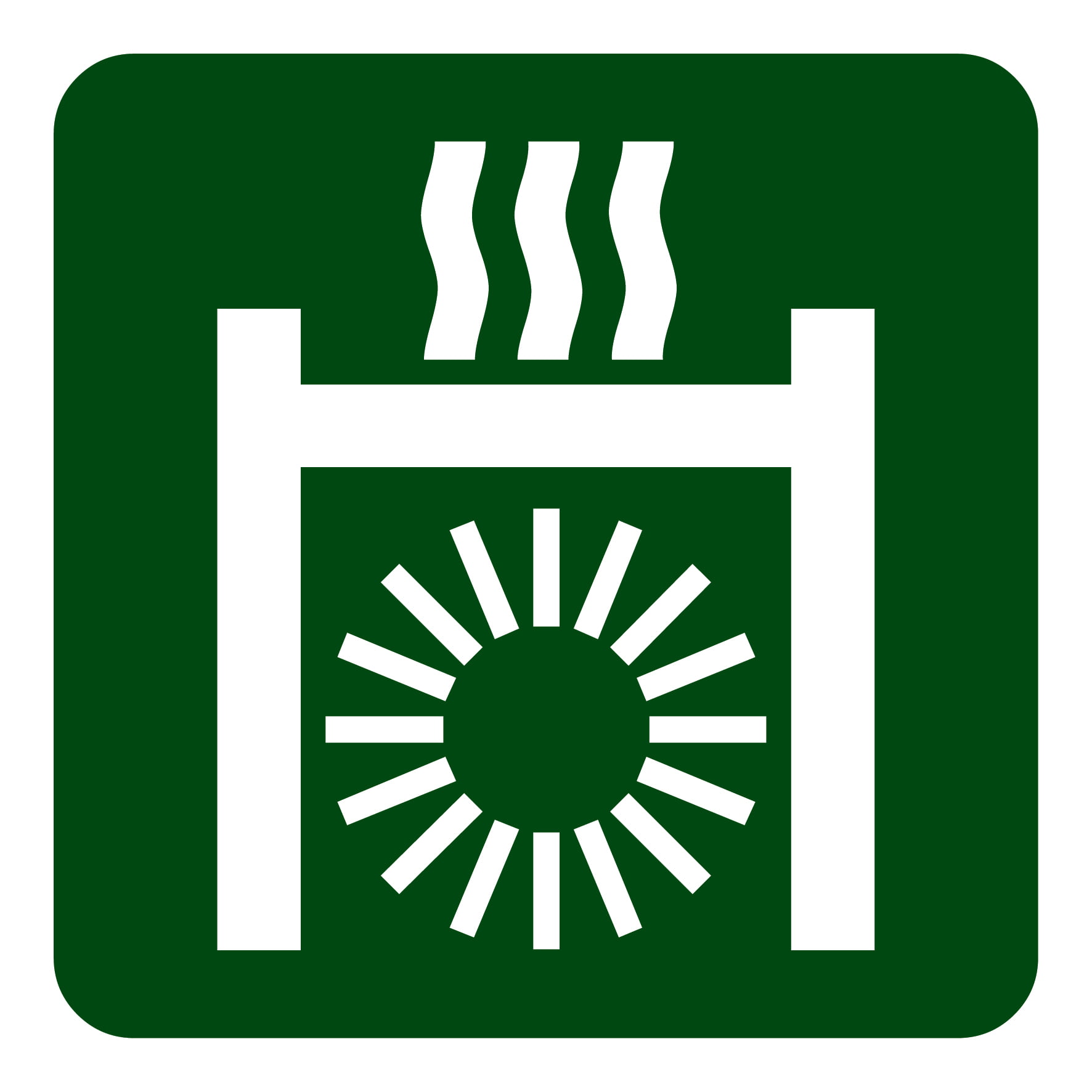